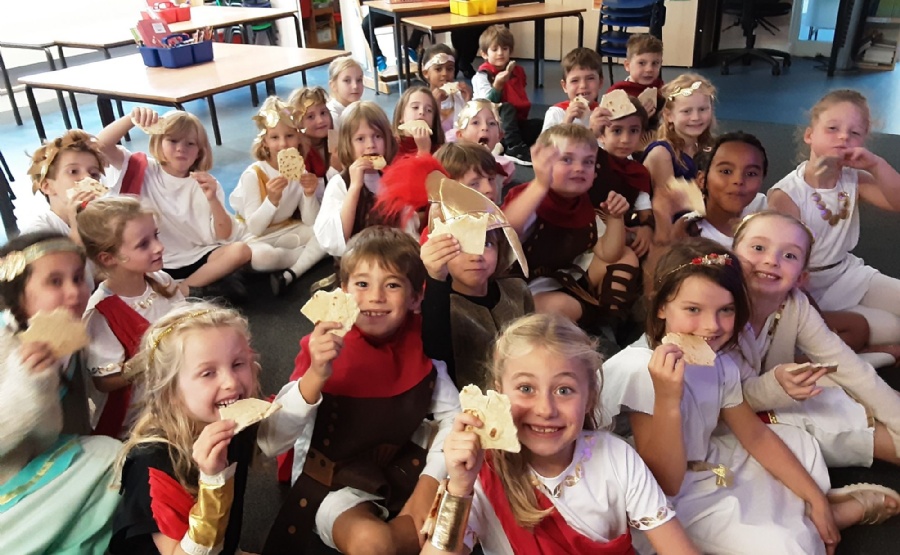 As part of this half-term's topic entitled "Escape from Pompeii", Roman Day was held to support the children's learning across the curriculum.  This afternoon I interviewed Woody in the Dragonfly class who told me all about Year 2's wonderful Roman Day which they had on 26th September.

"We made mosaic with different colours and patterns and some animals. We also made Roman coins ; they were not circles like our coins we have now, they were a little bit uneven.

We learned that Romans were wearing tunics and special clothing for special occasions. We watched a video and learned that all Romans had pets. Some had ducks, some had dogs, some had cats and some even had monkeys!

Some Romans were caught as slaves and sold on the slave market, and the people who bought the slaves made them work very hard.

We also made flatbread in the staff room, and then we ate it, it was really nice! We dressed up as Romans and I was a soldier. We also did some Roman dancing, it was a lot of fun!" 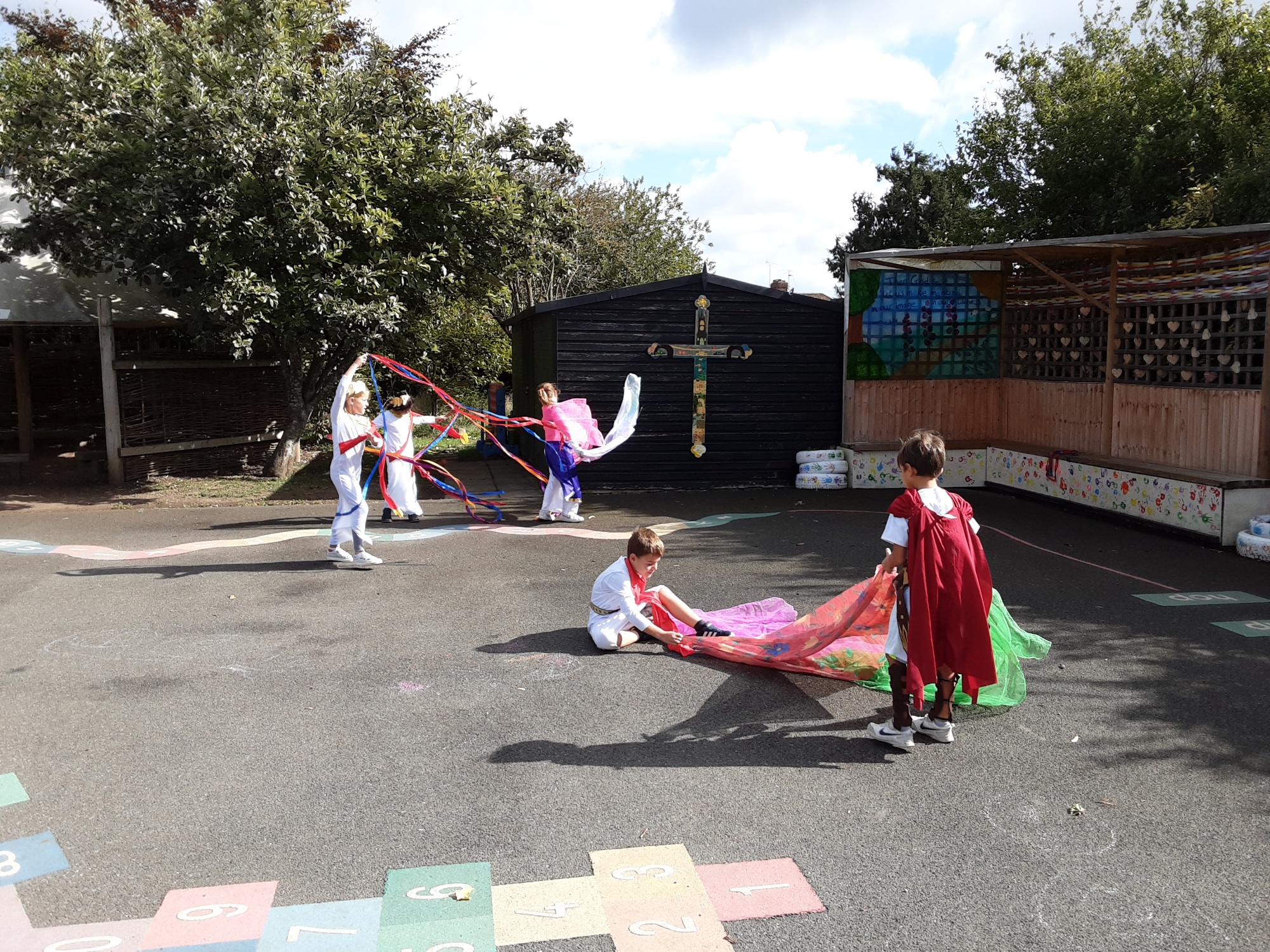 What a great day Year 2 have had! Thank you so much Woody for sharing the highlights of the day with us all.