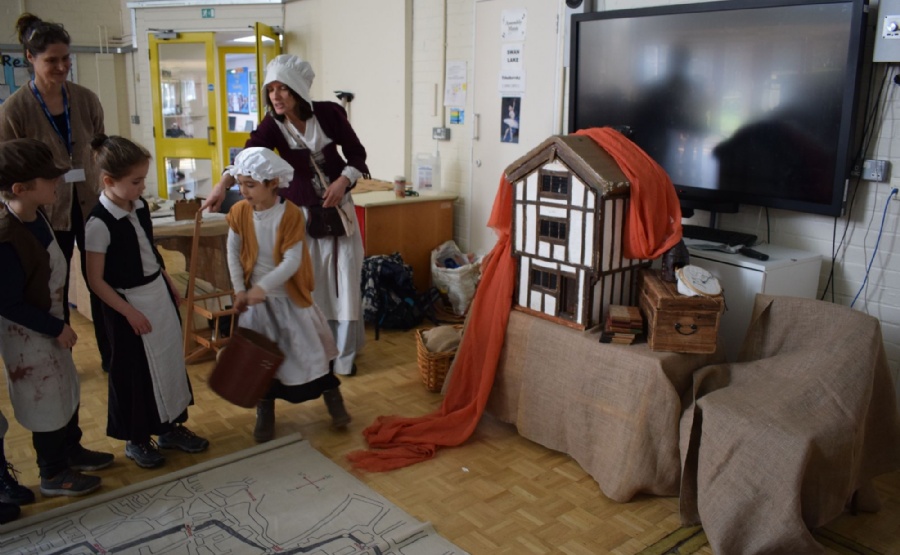 This was a WOW! day for Year 2 to kick off their half-term learning about the Great Fire of London in 1666.

History off the Page came in to school and set up the hall with an array of trades which would have been taking place in 17th Century London and the children got to try their hands at being chandlers, seamstresses, apothecaries and leather workers amongst other trades. The morning ended with the hall filled with smoke as the children attempted to put out a fire in a 17th century manner.

In the afternoon  the Year 2s turned archaeologist and dug through the ashes of a building to work out from the artefacts they found what sort of building it might have been.

With all the children dressed for the period they were fully immersed in the day and learned lots of facts about the Great Fire and life in London in that era.